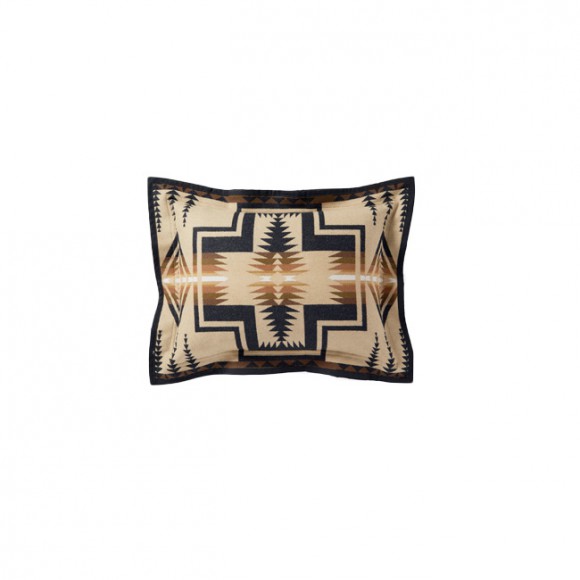 On the sofa, or bed, this pillow, wool and cotton, with dynamic Harding design, created in the 1920s to honor President Harding and his wife's 1923 visit to the Oregon Trail.

Meacham was a station on the Union Pacific Railroad, near the summit of the Blue Mountains.
On July 3, 1923, Meacham was declared the capitol of the United States for one day when President Warren G. Harding stopped for a day and participated in the exercises commemorating the eightieth anniversary of the covered wagon migration of 1843 (The Oregon Trail)." President Warren G. Harding gave a speech in Pendleton on July 4, 1923, commemorating the Oregon Trail, at which time his wife was presented with a Pendleton blanket shawl in a design that became popular as the "Harding design".

Made in the USA.

Cover sold alone without cushion inside.

This product is out of stock

See all the collection